A Claim within a Claim: When Fire Leads to Further Loss 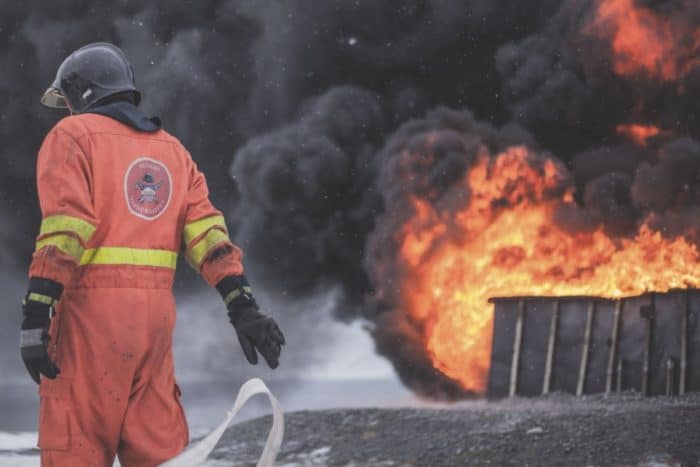 Sometimes when our clients come to us for help with a home insurance claim, they have already suffered multiple types of loss. For example, some clients experience a fire followed by theft from looters. Looting is especially prevalent after natural disasters (like wildfires) that often force evacuation orders and leave entire communities damaged and deserted after families flee without time to secure valuables.

Another common example is fire damage followed by water damage from frozen pipes. Since electricity is shut off after a fire (in order to prevent further damage), water left in the pipes can quickly freeze causing them to burst, resulting in water damage on top of fire and smoke damage.

A Claim within a Claim

Homeowners who have a claim within a claim, i.e., theft related to a fire, should get help with home insurance claims to make sure they are not losing out on compensation.

What Does Dealing with Two Insurance Claims Mean?

When the insurer treats the loss of personal belongings from both fire and theft as two separate claims, it can complicate dealing with your insurance adjuster and how much coverage applies to the loss. You may need to create two separate Schedules of Loss (a list of personal belongings lost) for each claim, which can be confusing. Different policy limits may also apply depending on the cause of the loss and whether or not it is a specified peril in your policy.

How Specified Perils Affect Your Claim

A specified peril is a cause (type) of loss named in your insurance policy. Specified perils might include loss by fire, wind, theft, or water; but it depends on your policy. The distinction between specified perils and general coverage is important when it comes to coverage terms and limits. Some special limits may not apply to specified perils.

This is why securing the site of a fire from looting, theft, and other types of damage as soon as possible, is essential. Furthermore, talk to your adjuster about ways to ensure that valuables are recovered in a timely fashion.

Every policy is different, but specified perils can make a significant impact on the coverage you’re entitled to.

Reduce Looting Risks After a Fire

After fire or flood damage has affected your home, you can reduce looting risks by taking a few crucial steps. An uninhabited house is prime real estate for looters and squatters, and any valuables they can find or salvage they are likely to take.

Here’s how you can secure your home:

1) Don’t delay when the fire department gives you access to the site. Go as quickly as possible, but do not enter until you have been told by officials that it is okay to do so. Not only could entering prematurely be dangerous, it could effect your coverage since there is a real risk of causing more damage.

2) Remove any valuables from your property that are intact or salvageable. If they have experienced water or fire damage and will require some effort to restore be sure to document them before removing from the site. Let your adjuster know by providing a list of everything you removed.

3) If your insurance company hasn’t already made plans, secure the property by closing and locking doors and windows and boarding up any openings caused by the damage.

4) Contact your local police department to let them know about the fire and that the property has been left uninhabited so that they know to look for squatters or looters.

5) Have the entire site chained and locked. This can remain an important security measure through the reconstruction process when valuable building materials will be readily accessible on the site.

Unfortunately, in the case of natural disasters, there may be little you can do. Wildfires spread quickly and for many families they need every minute they have to get out safely, let alone to grab essentials or valuables. Evacuation orders also delay access to your property to secure it from looters, which is why they target areas affected by natural disaster.

Preventing Further Damage After a Fire

Theft is not the only risk to your property in the aftermath of a fire. Further damage can be caused by neglect, the elements, and accidents. The best thing you can do to prevent further damage to personal content is to ensure that everything that could be damaged is removed and placed in storage for the time being. Often the Insurer will arrange this, but you can always discuss your concerns with them and make your own arrangements if they don’t plan to act quickly.

To prevent any further accidental damage, make sure that all of your utilities have been turned off and disconnected. Check the breaker to make sure that the power is actually disconnected because sometimes fires can flip breakers. To avoid injuries like electrocution, additional water damage, or an explosion caused by a gas leak, make sure all your utilities are off and have a professional inspect your lines and connections for damage. Do not reconnect the utilities without the help or clearance of a professional.

You should also begin the cleanup process in a timely manner. Smoke and soot damage get worse with time, so as soon it is safe to do so, you should start cleaning up. Again, the insurer will often arrange this for you, but if you’re concerned with the timeliness of the work, let your adjuster know and perhaps inform them that you’ll be making your own arrangements. Remove furniture and other belongings for deodorizing and start cleaning soot off of walls, floors, and ceilings.

Mitigating further damage can help prevent the need to file two separate claims, or a claim within a claim. A simple single-loss claim is much easier to navigate.