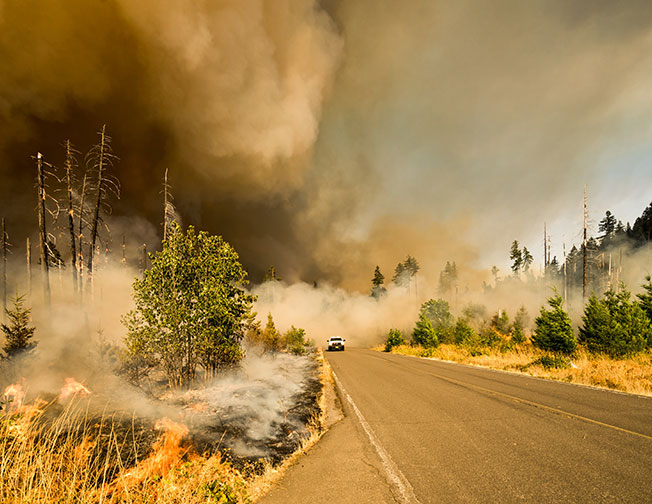 It has been a difficult summer for many residents of British Columbia, as an active and often out-of-control wildfire season has torn through the B.C. interior. Hundreds of wildfires have burned hundreds of thousands of hectares and caused thousands of residents to evacuate throughout the season. In some cases, residents have gone back and forth between evacuation alerts and orders. In others, residents have had little time to escape before fast-moving fires threatened their communities.

The devastating season has been the result of drought, extreme heat, and drier trees and grasses throughout the province. These are also conditions that are expected to worsen in the future, making wildfire seasons longer and more intense across Canada.

If you live in a community affected by wildfires or that could be threatened in the future, it helps to know how mass evacuation insurance works, how you can cover the expenses that come with an evacuation order, and some of the issues that often come up with claims.

If you’ve been living in areas affected by wildfires this summer or in the past, you’re likely already familiar with the difference between an evacuation alert and an evacuation order. This is how Emergency Info BC explains the various communications you may receive from local and provincial authorities:

This also applies across Canada, not just British Columbia.

Given the wildfire season this year, residents are feeling frustrated by the “revolving door” of alerts and orders. One issue is that residents are being ordered to evacuate, returning a couple of days later when the order is lifted, only to have an alert turn back into an order several days later as the threat returns. This back and forth can be both frustrating and disruptive. It can also be expensive and leads to the question – what will the insurance cover?

What Is Mass Evacuation Insurance?

Mass evacuation insurance is an important part of your home insurance policy, especially if you live in an area prone to wildfires. It covers sudden expenses you personally incur when a mass evacuation order is issued for your neighbourhood or town. These expenses include:

Once the evacuation order has been lifted, you can make a mass evacuation insurance claim even if there has been no damage to your home, and you do not need to make a home insurance claim. If you don’t have emergency funds to cover the sudden costs upfront, you can also get in touch with your insurer about receiving a cash advance on your claim. There may also be supports from organizations like the Red Cross. 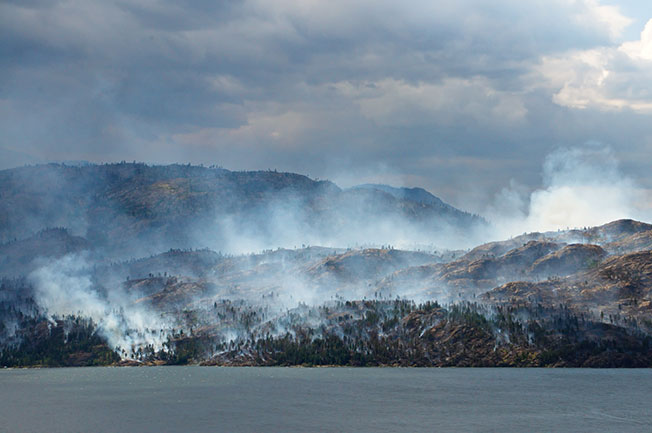 When Does Mass Evacuation Insurance Cover Your Expenses?

Mass evacuation insurance covers expenses incurred during an evacuation order. If you return to find that your home has thankfully been left undamaged, you can still make a claim for shelter, food, and other necessary expenses you paid for during the order. If your home has been lost or damaged in the flames, then expenses can be covered by the Additional Living Expenses part of your home insurance policy while repairs are made.

But what if your area is under alert, and you don’t want to wait until an evacuation order is issued? As we saw in places like Lytton, wildfires can move with alarming speed and leave residents with very little time to evacuate. For some residents, the risk of waiting is too high, and they leave ahead of time when an evacuation alert is issued.

Evacuation alerts are a useful warning system for residents, but mass evacuation insurance may only begin to cover your expenses once an evacuation order has been issued. However, you can reach out to your insurance company to ask if they will cover your expenses even though you’ve left pre-emptively. Insurers deal with these situations on a case-by-case basis.

Generally, home insurance policies place a cap on mass evacuation insurance coverage. During the Fort McMurray wildfires, in which approximately 80,000 people had to evacuate, insurers set the cap at $5,000 for a period of 30 days. How that money is distributed depends on the insurance company.

Insurers that are strict about the money they pay out may prorate the cap, so they would divide $5,000 by 30 for a cap of slightly more than $165 per day. The insurance company would then not pay out for any expenses over $165 on a single day, even if there were other days where your spending was under the cap.

Other insurers don’t bother to prorate and would simply send you the entire $5,000 cap if you spent the 30 days evacuated.

In yet other cases, we’ve seen insurers simply require homeowners to prove their expenses without prorating. You would submit your receipts for hotel stays, food, and other costs, and they would reimburse you for all expenses up to a maximum of $5,000 without worrying about how much you spent per day. If, for example, you could only find more expensive accommodations immediately after evacuating, you might not have to worry if you could find something more affordable shortly thereafter.

Unfortunately, there is no standard for what insurance companies are expected to do. They may prorate or not, and it can be somewhat unpredictable until you’re in the midst of a claim.

If you are considering evacuating before an order is issued, you will want to keep the cap in mind. In the event of an extended evacuation, your expenses may exceed the cap even if your insurer does agree to cover the cost of leaving early. 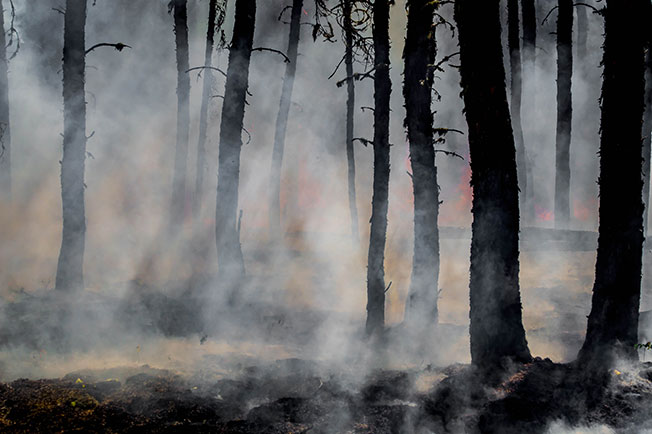 How Are Mass Evacuation Insurance and Additional Living Expenses Different?

There is some confusion and overlap when it comes to mass evacuation insurance and Additional Living Expenses (ALEs, also known as Loss of Use). Both types of coverage are used to help you cover daily costs when you’ve lost the use of your home, but when and how they are applied differs. If you’re not sure whether you should be looking at your mass evacuation insurance or Additional Living Expenses coverage, it can help to evaluate the situation based on these three questions.

#1 Was your home damaged by wildfires?

Additional Living Expenses coverage applies when there is damage to your home, and you have to live elsewhere while repairs are made.

You can expect the expenses covered by ALEs to last for a much longer time than mass evacuation insurance. The rebuilding process after a wildfire can be lengthy. There are often many houses impacted in the region, which can put a strain on local construction resources and lead to delays and cost overruns.

#2 Is the expense necessary?

An important difference between ALEs and mass evacuation insurance is that the latter will only cover necessary expenses. When your home is lost in a fire, and you have to wait for it to be rebuilt, Additional Living Expenses help you maintain a comparable standard of living until you can move back in. Mass evacuation insurance only covers essentials, but we’ll look into the details of these costs further down.

#3 Is there an active evacuation order in your area?

Once it’s safe to return to your community and the evacuation order is rescinded, the insurer will no longer agree to cover hotel and other expenses if your home was not affected by the wildfire. However, there may be some exceptions if you have family members with certain health conditions.

Air quality can be a concern after a wildfire. Wildfire smoke can be very harmful to the lungs, as it contains particle pollution – a dangerous combination of tiny solid and liquid particles that get lodged into the lungs. These particle pollutants can trigger asthma attacks, strokes, and heart attacks. Wildfire smoke also contains high carbon monoxide, nitrogen oxides, and other hazardous air pollutants.

Even if the imminent danger of wildfires has passed and your community is deemed safe to return to, you may not want to return if you or a family member has a medical condition that could worsen due to air quality. In these cases, your insurance company may agree to extend your mass evacuation insurance coverage. 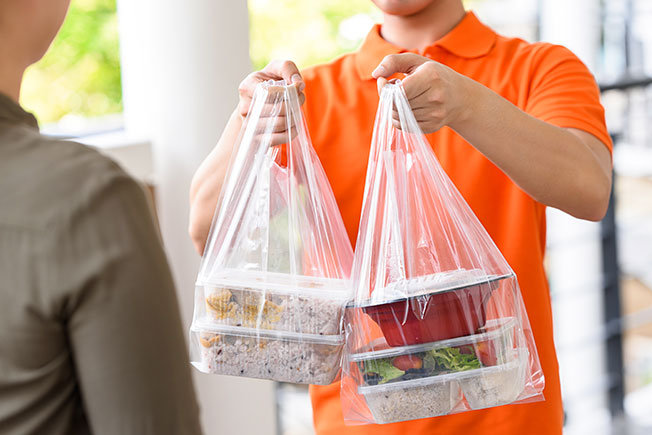 As mentioned above, mass evacuation insurance will reimburse you for necessary expenses. Additional Living Expenses coverage, which applies if your home is damaged by the wildfire and you cannot return right away, should enable you to maintain a comparable standard of living while work is being done on your home.

There is a higher threshold for justifying mass evacuation insurance expenses. For example, you take your family out for dinner while your home is under a mass evacuation order. You’re staying in a hotel and have no access to a kitchen. If you go to an upscale, fancy restaurant, the insurance company may question the expense and say that you could have gone somewhere more affordable. Eating out may be a necessity due to the lack of a kitchen, but where you go can be called into question if there are cheaper options available. Mass evacuation insurance covers what you need until the evacuation order is lifted.

There may be cases where the insurance company makes exceptions and reimburses you for reasonable purchases that are not necessarily day-to-day expenses but may be considered necessary. For example, if you leave behind a pair of prescription glasses in the chaos of an evacuation, the insurance company may agree to reimburse you for buying a replacement pair within reason. This is not an opportunity to upgrade to a pair of designer glasses, but on a case-by-case basis, the insurer may agree to a reasonable purchase.

If a purchase like this would be a financial hardship for you without insurance covering it, it may be best to reach out to the insurance company for more information.

You have considerably more leeway with Additional Living Expenses, which are meant to provide you with a standard of living comparable to what you’re used to. The insurance company should reimburse you for expenses that let you maintain a similar lifestyle. For example, if your 6-bedroom home was damaged by a wildfire, you should be able to lease a similarly-sized property while repairs are done on your home.

When it comes to food, insurance companies tend not to ask as many questions. The bulk of their costs are going to Contents and Structure coverage, and they’re usually not as worried about what you had for dinner. However, you should hold onto your receipts, and it doesn’t hurt to have your typical expenditures ready in case the insurance adjuster questions your choices.

Additional Living Expenses cover more than just the basics. When your home needs to be rebuilt, you’ll be left out of your home for much longer, and you should be able to maintain a similar lifestyle. You will want to create a budget that takes your ALE coverage limits into consideration. In the wake of the Fort McMurray wildfires, it took years to rebuild for many homeowners. The scale of reconstruction efforts in Fort McMurray was exceptional, but wildfires can strain regional construction industries as many homeowners need to rebuild at the same time.

Mass evacuation insurance helps with the financial burden of evacuating. If you live in a region prone to wildfires, you should know what it covers and what issues may come up when you deal with your insurer.