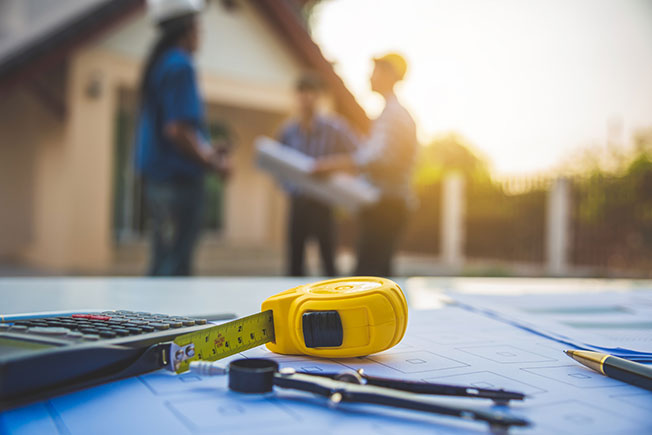 Throughout the last year, we’ve seen a number of new problems faced by homeowners when they file an insurance claim, as well as shifting behaviours from insurance companies themselves. It’s likely that many of these industry-wide issues will continue into 2022, so we wanted to provide some insight into the trends we’ve seen so far, how you can update your insurance policy accordingly, and what to prepare for if you have to make a claim in the near future.

Inflation has been a big news story throughout 2021, as Canadians have seen higher prices for groceries, gas, and a wide range of consumer goods. Inflation rates hit a 30-year high in 2021 at 4.8 percent, and analysts expect that to continue into next year. In addition to rising prices for essentials, high shipping costs and material shortages have also caused significant price jumps for consumer goods like furniture and electronics.

This can become a problem if you have a fire in your home and you have to replace lost belongings. The cost of replacing things like furniture, clothing, computers, TVs, etc., may have outpaced your insurance coverage.

Most insurance policies come with an inflation guard, which ensures that your coverage rises to match inflation. However, to make sure you have enough coverage, you will want to check how much your policy’s coverage increases each year compared to rising prices.

Rising costs can also impact your Additional Living Expenses. These are costs on top of your usual expenditure related to the loss of your home; such as staying in a hotel, renting a home or condo, transportation, and food costs. Not only is the high price of gas a factor, but we’ve seen rental costs recover from pandemic-related lows across the country and start to rise again. That can be a major issue for families facing longer timelines for rebuilding.

Unpredictable Costs and Delays in the Construction Industry

The construction industry has its own problems that are impacting home insurance claims. Contractors are busy, costs have become unpredictable, and material shortages continue to contribute to delays.

The price of lumber has been a major factor in construction uncertainty over the last two years. Prices have seen large fluctuations both up and down, and it’s made estimating construction costs very difficult. Just as prices were beginning to stabilize in late 2021, the flooding in B.C. interrupted transportation routes, putting further pressure on local and international backlogs while reconstruction efforts added to already-high demand.

It has become very difficult to estimate the costs of repairing and rebuilding your home, even from one month to the next. The estimate generated by the insurance adjuster may be out-of-date by the time the work actually begins.

From the insurance point of view, what we’ve seen is that brokers aren’t necessarily reaching out to their clients to see if they have enough coverage. In many cases, the insurance industry isn’t adjusting to the construction market, leaving it up to homeowners to make sure they aren’t underinsured.

An Increase in Claim Denials

One troubling trend we’ve seen is the increase in claim denials happening. While insurance companies have been tougher in the past couple of years due to their own rising costs, the other side of the problem is that many people do not understand their own rights and responsibilities when they make an insurance claim. That can lead to their claims being denied outright.

One of the more common mistakes we see in home insurance claims is miscommunication with the insurer, such as misrepresenting the cause of damage or the extent of the loss. Not seeking guidance early enough can lead to significant mistakes, and the financial consequences of having a home insurance claim denied can be devastating.

Secondary Claims Are on the Rise

A secondary claim happens when there is further loss following damage. For example, when someone breaks onto a property after a house fire and steals any undamaged valuables before the homeowner has had a chance to remove them. Generally, we’re seeing a lot more cases where there’s a theft or flood after a fire.

Securing your property after a fire can help you reduce the risk of theft. A partially damaged property can be an attractive target for burglars.

In addition to theft, flooding can also cause further loss. Flood risks are higher after a wildfire, as we’ve seen with the recent flooding in B.C., while water damage from the elements or a burst pipe can also lead to a secondary claim.

A secondary claim can further complicate the process. The insurer will often treat the secondary loss as a separate claim, which means you can wind up having to spend even more time dealing with the multiple adjusters within the same insurance company.

An Increase in Claims Due to Extreme Weather

Extreme weather is also contributing to a rise in claims. In 2021 alone, Canada saw several extreme weather events. In early June, the area south of Calgary experienced severe storms and tornado damage. High heat and drought led to the outbreak of hundreds of wildfires in British Columbia in July, while later in November, high rainfall triggered widespread flooding in the province as well. There was also late-year flooding in Newfoundland and Nova Scotia, and windstorms caused damage throughout Ontario and Quebec in December.

The extreme cold and snow seen in Ontario in early 2022 can also lead to an increase in fire claims. During the winter, heating equipment becomes the leading cause of house fires in Canada. Portable space heaters are especially dangerous and are often used in cold snaps when a home’s regular heating system is insufficient.

As extreme weather becomes more common, expect insurance companies to become tougher when it comes to home insurance claims in order to control their costs. On top of that, more homeowners may find their insurers will start to deny their home insurance policy renewal because they’ve filed too many claims in the past or their property represents too high of a risk.

We expect these trends to continue into 2022 and potentially further into the future. If you have to file a home insurance claim, it helps to be aware of some of the issues and complications that may arise due to factors outside of your control.