Will My Premiums Go Up After a Home Insurance Claim? 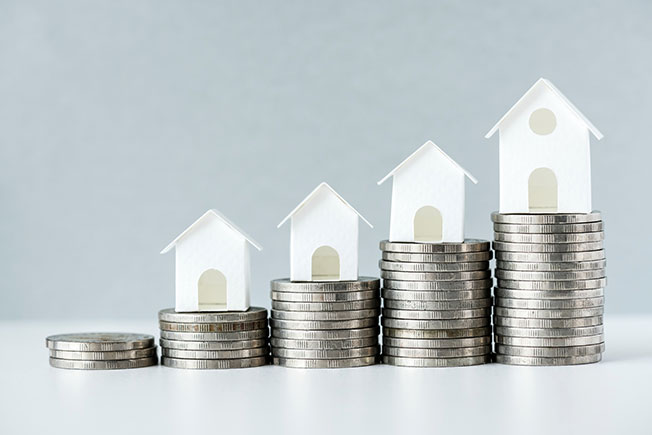 Many homeowners are concerned that making a home insurance claim will raise their home insurance premiums. Whether or not a claim will affect your premiums depends on the insurer, the policy, and the history of the property.

In many cases, a home insurance claim will not result in higher premiums. Insurance premiums are on the rise across the board due to the more frequent occurrence and costs of wildfires and other extreme weather events in Canada. As insurance losses become more expensive, insurance companies raise premiums across the country. The effect on your premiums may be more visible when you live in a wildfire zone.

However, there are instances when making a claim could lead to higher premiums. It does not hurt for homeowners to think carefully before they make a claim.

When Should You Make a Home Insurance Claim?

There are instances where a homeowner should make a claim regardless of the potential costs in their future premiums, even if the costs do not seem burdensome now. In other cases, it may be better to shoulder the expenses yourself rather than create or contribute to a history of claims on the property. These are some of the criteria homeowners should apply before making a decision.

The claim is considerably higher than the deductible.

In cases where the cost of the damage is not much higher than your deductible, it often makes sense to pay for the whole thing yourself. For example, it likely does not make sense to make a $700 claim if the deductible is already $500. Reserve claims for larger losses. Typically claims that are at least 4-5X your deductible are worth making. Every situation is different. It is important to note that if someone else is responsible for the damage (i.e., a neighbour) that your deductible may be recoverable.

You have not made many claims before.

Homeowners will want to avoid making too many claims too frequently if they’re concerned about their premiums going up. If the property does not have a history of claims, the homeowner is likely safe to make a claim, though they should make sure it’s for a worthwhile amount.

When Will Your Insurance Premiums Go Up?

There are instances where insurance premiums will go up with a claim. If a homeowner frequently makes claims on their property, the insurer may raise their premiums, reduce their coverage, or decline to renew the policy altogether. Filing two claims within a five-year period is more likely to lead to a rate increase. Filing additional claims could even lead to the insurer terminating the policy. This may prove to be a challenge for homeowners who live in areas prone to extreme weather. Though they do not make up the most expensive claims individually, water damage and hail cost the Canadian insurance industry more than any other type of claim. Extreme weather events can recur frequently and require regular repairs.

The cost of the claim is also a factor in future premiums. Typically large fire losses are the most expensive single claims. Even a small fire can cost tens of thousands to repair, and a total rebuild will be in the hundreds of thousands.

Insurers may also look at the history of claims made on the property in general, not just by the current homeowner and policyholder. If there have been repeated claims for issues such as water damage, even if they were made by a previous owner or with a different insurance company, they may raise rates as they expect further claims of a similar nature.

Making a Claim Within a Claim

If making multiple claims within a small period of time can raise a homeowner’s premiums, making a claim within a claim is something many would rather avoid. A claim within a claim can arise when a second loss occurs while the homeowner is already in the midst of a claim. For example, the electricity has to be shut off after a house fire. This can lead to frozen pipes resulting in water damage on top of the fire and smoke damage.

The insurance company may say that the homeowner should open a second claim. However, if the property is already in the care and control of an insurer making repairs, we can often argue that there is no need to make a second claim. The secondary damage can be tied to the first claim, sparing the homeowner from multiple claims and the impact that could have on their premiums.

There are many reasons homeowners want to change their home insurance policy after a loss. They may be dissatisfied with the way their claim has been handled, or they were surprised to discover they didn’t have the coverage they thought they did. Homeowners who face some of the more common problems with home insurance claims often want to switch providers as soon as they are able.

There is considerable variability in the home insurance space, and if a homeowner is unhappy with their policy or their new premiums, they can easily shop around for a better deal. However, they will have to wait until their current claim is completed before they can look for a new policy. It is unlikely that any insurer will provide a new insurance policy while a homeowner has an active claim.

Higher premiums may be a reality across the industry. Property insurers in Canada are updating their risk models after property damage costs from severe weather quadrupled over the last ten years. That said, there are cases where the homeowner’s claim history can result in higher premiums. However, if they do face skyrocketing premiums after a claim, they can shop their insurance around once any outstanding claims are resolved.